This is my actual profile picture:

Many told me I look like an inmate, anyway it’s not the point here, let’s hash the file with sha256, from a terminal:

Or I can drop the file into Eternity Wall notarization service and get the following message:

First of all, the resulting hash is the same. There is also a message saying the message has been notarized in the blockchain on Jan 31 2016. This means the document hash is written in a transaction confirmed in a block broadcasted that day. Since no one can rewrite the blockchain this assure the document existed at that time. The proof is reachable from the notarized link and contains the following json:

ok is pretty straightforward, other possible results are processing which means the hash commitment was already requested but still not being written in the blockchain. The last possible result is not found when the hash was never seen before. In the latter case, you will be prompted if you want to notarize it.

But this is not yet the hash of my picture!

In cryptography and computer science, a hash tree or Merkle tree is a tree in which every non-leaf node is labelled with the hash of the labels or values (in case of leaves) of its children nodes. Hash trees are useful because they allow efficient and secure verification of the contents of large data structures. Hash trees are a generalization of hash lists and hash chains. - wikipedia

Eternity Wall is committing more than a single hash every time is writing on the blockchain. When it’s time to write all the hashes being queued are taken and sorted. In the following pictures they represent the leaf of the tree (Hash 0-0 Hash 0-1 Hash 1-0 Hash 1-1). The top hash is the root of the tree.

To prove the hash of my document is in the merkle tree, i need all off the leaf of the tree or the sibling till the root. If my Hash is 1-0, to derive the root I will need just the siblings Hash 1-1 and Hash 0 because I can compute:

Why can’t I just give all the tree leafs ? Because they are N, while the siblings are just log N. A proof of a very big merkle tree could be really compact.

My hash is 20c7ba9c57f653b7c079df5171c196f494a5446d684c1b26a63bc5fc3fa2e25e which is the sha256 of my document. The index 2 is representing the leaf position of my hash. The position is needed to understand the order of the hash in the concatenation, since the index 2 represent the third element (since index start from 0) the hash will be concateneted in the first position. So I compute:

Where Hash 414c is the second sibling and Hash 536b is the hash of the previous computation. At this level my index is 1 (previous index divided by two) so the previous Hash is in the second position.

where Hash 0e48 is the hash of the previous computation and Hash 53a1 is the merkle root. What was to be demonstrated.

What are you waiting for? Notarize documents on Eternity Wall :) 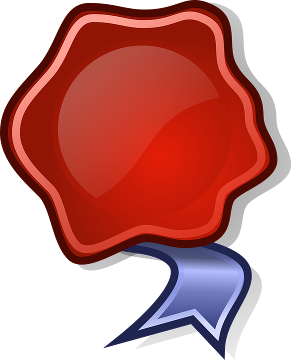